Probably the best village in the world 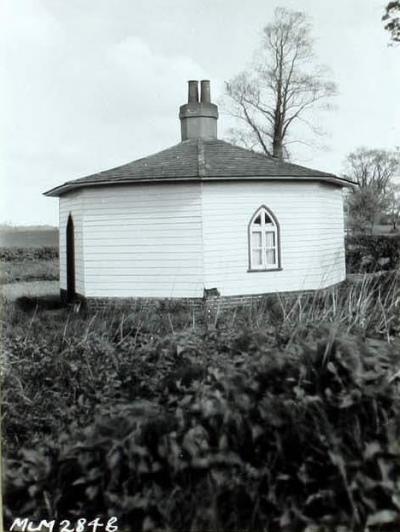 The Pepper Pot Houses (or Mustard Pot Houses) were set on the entrance to Bucklesham Hall.  They were called North Lodge and South Lodge and were homes for the farm workers.

Nacton resident John Norris recalls, "My father worked as a tractor driver for Mr Ravenshear and the Pot was for him and my mother to live in.  I don’t know how long they lived in it but I know they liked it. We are sure they lived in it around 1950. The North Lodge would officially be in Brightwell Village, and the South Lodge would have been Bucklesham, as the boundary between the two Parishes runs down the entrance to Bucklesham Hall and therefore between the two pots." 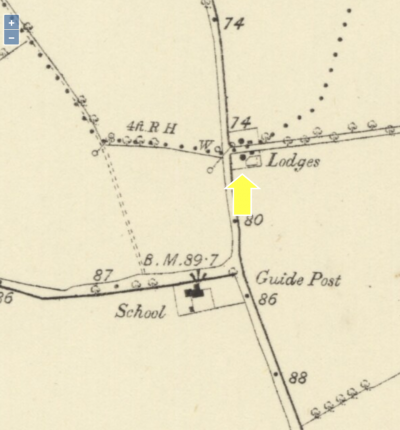 John Bater, now living in Kettleburgh, shared his memories with us ~

"I was born and lived at Bucklesham Hall until I married in 1960.

Alf and Polly lived in one of the two mustard pots on the north side of the entrance and Mac Briggs lived on the south side. They were lovely little lodges with a kitchen, sitting room and two bedrooms. A kitchen stove and an open fire in the sitting room with a central chimney kept the rooms warm.

My father supplied milk to Martlesham aerodrome for the duration of the war. I remember that the field opposite the school had a row of poles across the middle, presumably to stop aircraft landing there. We also had two searchlights on the farm, one was quite close to the Chapel and the other was adjacent to the army camp situated at the top of Brightwell hill.

In the days before D day the woods on the farm filled with army lorries and tanks. I remember the day I woke to find that they had disappeared!

When my father died in 1960, Peter Ravenshear took over the farm, so I had to find new pastures.

In memory of my father’s thirty years at Bucklesham Hall I gave the wrought iron gates which are now situated at the south entrance of the churchyard."

Mrs Evelyn Bloomfield recalls the two houses and many of the residents who lived there, "When Mr Bater farmed the land at Bucklesham Hall they used to collect their water from the well in 'Well Field' just opposite the Lodges.  I can remember one year working on the land harvesting, with my Father and some German POWs."

If you look closely you can see the well is marked with a 'W' on the map.

If you have any more information about the Pepper Pot Houses, please contact the Parish Council Clerk at buckleshampc@gmail.com